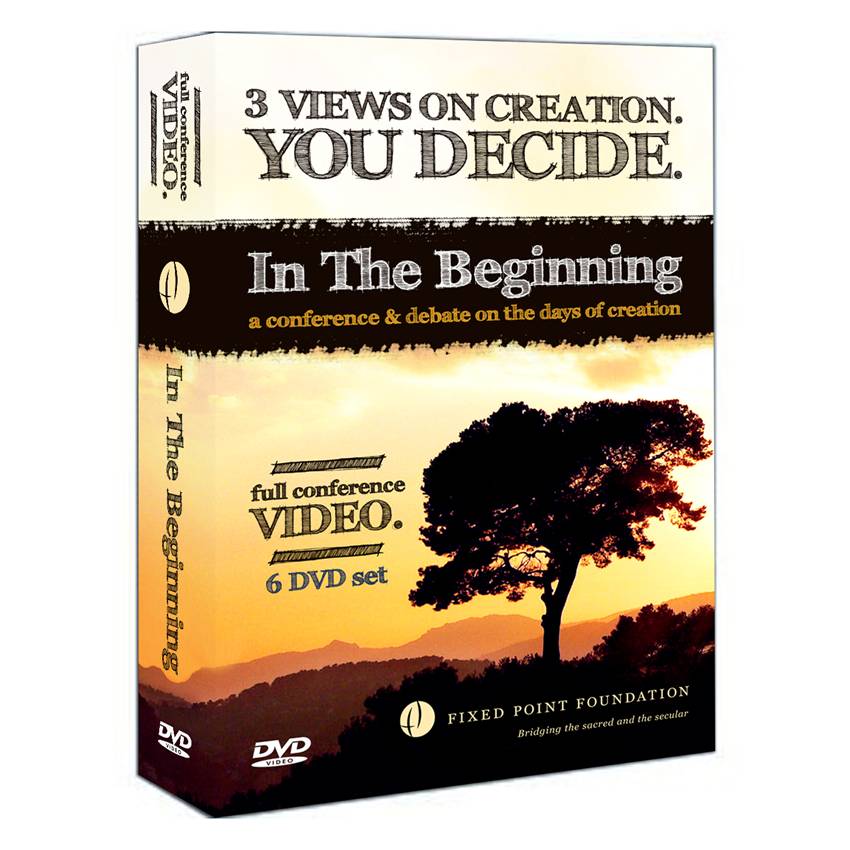 In the Beginning: A Conference on the Days of Creation

The question of origins is as controversial inside the church as it is outside of it. How should Christians explain the Genesis account to skeptics, who think it doesn’t agree with modern science? How can Christian parents help their children navigate through this controversy without compromising their core beliefs or appearing intellectually naïve?

This truly unique conference allows you to listen as top proponents argue their own views on creation. Decide for yourself with view is the most Biblical and scientifically credible.

This six-DVD set was recorded during a 2011 conference sponsored by the Fixed Point Foundation.

You are invited to watch this short introduction of the conference by Larry Taunton, founder and Executive Director of the Fixed Point Foundation.