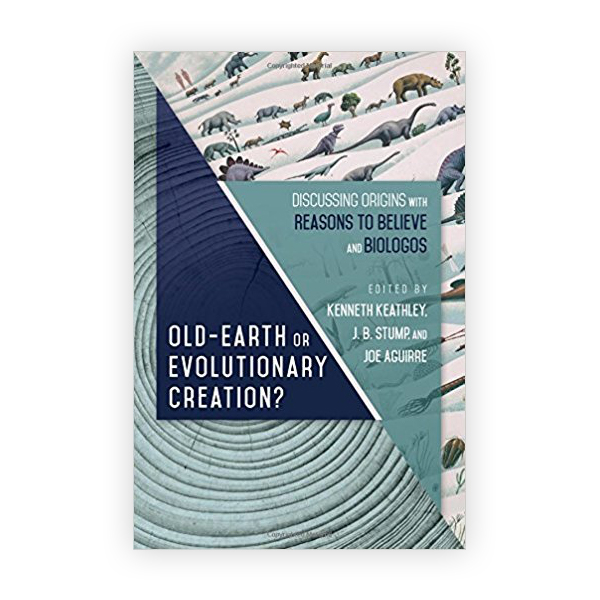 Discussing Origins with Reasons to Believe and BioLogos

Two prominent voices in the origins debate—Reasons to Believe and BioLogos—discuss where they agree and where they disagree on the relationship between science and faith.

Key topics of discussion include:

Although both sides address these questions very differently, particularly on questions related to human origins, the scholars—with help from Southern Baptist theologians as moderators—treat one another with respect and a heart toward increasing unity in the body of Christ.

“This conversation is definitely worth listening to! The book is deeply satisfying with knowledgeable and articulate advocates of differing positions expounding on areas of disagreement clearly as well as respectfully. At the same time, it is deeply unsatisfying, but in a good way: I found my own assumptions challenged, my horizons stretched. I think differently after reading it. An excellent job by all participants, moderators included.”

“The Reasons to Believe and BioLogos conversation is highly commendable, and it’s important for a number of reasons. First, its tone is irenic, gracious, and humble. Second, its participants trust the Christian integrity of the other conversation partners. Third, it takes the authority of Scripture seriously as participants grapple with the implications of biblical interpretation in light of scientific discovery. Fourth, the Southern Baptist theologians serving as moderators are effective in guiding and focusing the conversation as they call for clarification and further elaboration from both sides. Finally, this conversation takes for granted the strong evidence for an ancient earth, allowing the discussion to push past the young-earth versus old-earth debate to far more pressing issues needing attention within the Christian community.”