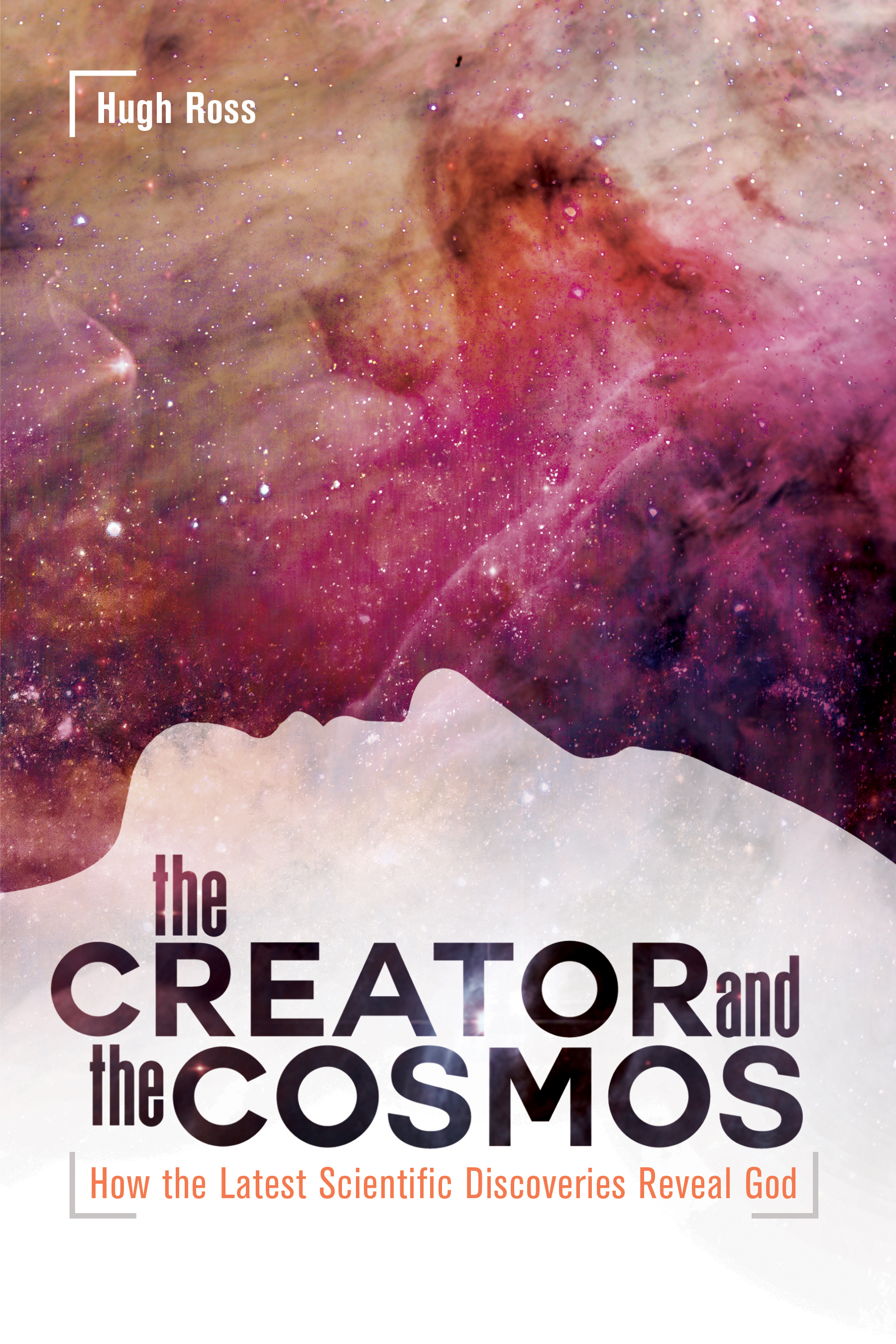 The Creator and the Cosmos, fourth edition

Few of us can venture outside on a clear, dark night without pausing for a silent, reflective gaze at the stars. For countless centuries, people have felt a sense of wonder about the heavens. How did our universe come into being? Has it always been here? Is our existence the result of chance or of supernatural design? Is God “out there”? If so, what is God like?

Whether you are skeptical of God’s existence or seeking scientific support for your faith, The Creator and the Cosmos will enable you to see how the heavens do declare the glory of God (Psalm 19:1).

Astronomer Hugh Ross makes an extensive update in the fourth edition of this modern classic. He explains recent scientific measurements of the universe that clearly point to its purposeful origin and development. An abundance of references to published research findings allows you to explore the evidence for yourself.

Endorsements
“Currently, it is fashionable to believe that the discoveries of science, one and all, are either hostile or simply irrelevant to the propositions of theology. For some time now, Hugh Ross has been one of America’s leading thinkers who has steadfastly refuted this claim with hard thinking and up-to-date scientific information. In The Creator and the Cosmos we have a treasure chest containing his most recent work, abreast of the latest findings of science, and packaged in an accessible form for a general audience. This book should be in the hands of every serious Christian who thinks about science and the Christian faith, and it should be given to interested inquirers outside the faith.”

J.P. Moreland, PhD
Professor and director of the Talbot M.A. in philosophy and ethics
Talbot School of Theology, Biola University


“It’s a thrill to see Hugh Ross update his influential book The Creator and the Cosmos. He chronicles the vast increase of scientific evidence for a designer that has emerged in recent times. And he shows quite convincingly how it uniquely points to the God of the Bible. I highly recommend this book for both Christians and seekers.”


“Hugh Ross’s The Creator and the Cosmos, over the past 25 years, has risen to the status of ‘a classic’ concerning its profound influence upon Christian thought as it relates to modern scientific discovery. Many have come to faith citing their reading of The Creator and the Cosmos as one of the key elements that caused them to question their nontheistic positions, ultimately paving the way for their acceptance of the Gospel of Jesus Christ. In this edition, Ross lays down further evidence to the handiwork of God as displayed in the Bible. There are few authors that can take such complex scientific subjects and distill them down for the layperson, while maintaining the highest rigors of citation to substantiate the claims and to direct the reader to the primary scientific research literature. But even with all these scientific exactitudes, the sense of wonder in God’s creation is magnificently woven into each chapter in a way that draws the reader to the Creator Himself.”


“Dr. Hugh Ross has spent a lifetime integrating his scientific intellect and his passion to represent Jesus Christ fairly in an increasingly cynical world. He speaks the language of the scientific world and he brilliantly navigates this world with Christian grace and deep commitment to both biblical authority and scientific evidence. In this updated version of The Creator and the Cosmos, Dr. Ross has acknowledged the growing spate of twenty-first century scientific discoveries that have significant theological implications. The sturdiness of this volume, as a foundational resource, has been given additional strength with its usage of the latest scientific research. Dr. Ross is a gift to Christ’s Kingdom, and this updated edition of The Creator and the Cosmos only serves to validate his status as a premier Christian apologist.”